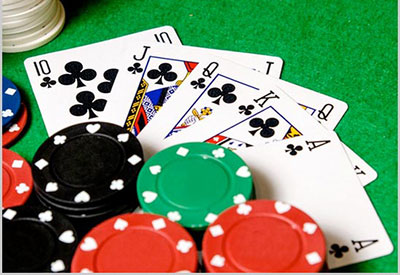 What is the most widely played card game?

For a long time, traditional card games like poker and Rummy have been the preferred way to spend an evening with friends. But all that changed when some popular card games plunged into our lives. The reason for this shift is simple: card games are more accessible and fun than brick-and-mortar card games. Most people today have some level of access to the internet, which has made playing card games online more popular in India than ever.

1.Rummy Game
If you’re looking for an adrenaline-pumping experience, Online Rummy Game is the perfect game for you. Games are fast-paced and exciting, and there’s always something new to see. Rummy is a competitive card game, that has picked up a lot of steam over the last year or two. It is commonly played with 2 to 6 players, but can be enjoyed by a lot more, for longer periods of time.

The rummy rules are easy to follow and incredibly diverse, making it easy to pick up. From two decks of cards, the dealer hands 13 cards to each participant. Only once a player has arranged 13 cards in two legitimate sequences, one of which must be a pure sequence ( 2 ♥, 3 ♥, 4 ♥ ) and the latter of which can be any legal sequence or set, can win the rummy game online. A player can’t declare if he don’t have a pure sequence.

2. Poker Card Game
Online poker is the new way of cooking fun and earning money at once. It is a skill based game in which the goal is to have the best five-card hand among a group of participants. But before you start playing, make sure you understand the different types of poker, ten Poker hand rankings, betting strategies and how they’re played. Players win by betting and making a series of decisions on cards they receive during the course of the game. You can also find a variety of poker variants that cater to everyone’s tastes.

And if you’re looking for an even bigger challenge, online poker is the best real money game. So whether you’re a beginner or a seasoned pro, playing poker for real money is the natural instinct that will take over you sooner or later. The most popular variants of poker are Texas Hold ’em, Omaha Pot Limit Hold ‘Em, Five-Card Draw, Open Face Chinese Poker, and Caribbean Stud.

3.Call Break Game
Second card game is Call Break cash game is a great way to kill some time and make some money. It’s not as difficult as it seems, and there are many strategies you can use to improve your game. It is a trick-taking strategy based card game comparable to the game of Spades. Each game has 5 rounds and is played in a four-player multiplayer format. The goal of the Call Break card game is to capture an equal number of hands or more than were declared at the beginning of the game.

4. Satte Pe Satta
The perfect amusement, you can play Satte pe Satta with friends virtually and have good times. As long as you’re willing to learn, you’ll find that playing online Satte pe Satta card games is as good as it gets on a Sunday afternoon. it is played by 3 to 8 participants. Each player is dealt an equal number of face-down cards, and the game begins with the person holding the 7 of hearts. The next player has the option of playing 6 or 8 hearts. The goal of the game is analogous to that of the Bluff card game, in which a player must release the cards before anybody else.

5. Teen Patti
This one barely needs an introduction. Essentially, a game of chance, Teen Patti is one of the highest grossing games in India, with over 6 million monthly active players. Typically played in a team of 3 to 6 people with a 52-card deck as per the 3 Patti rules, the boot money is negotiated and gathered from each participant before the cards are given. The pot rises as the 3 patti game online proceeds, and the winner of that hand receives the money.