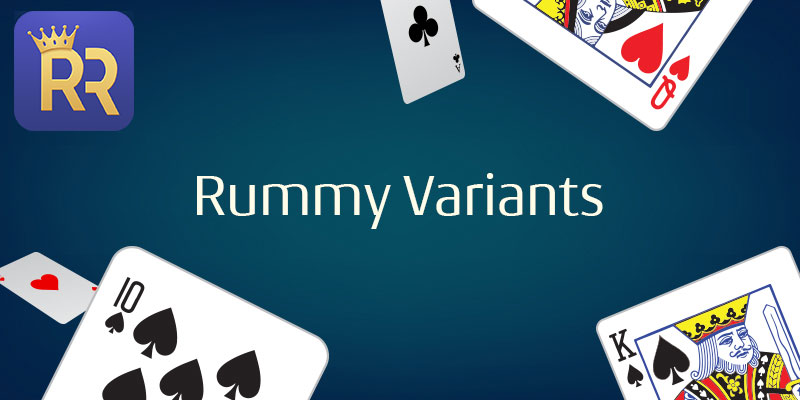 Online Rummy has a massive fan base in India. Countless variations of rummy with different formats and scoring methods are available to sustain a player’s interest. Here, we take a look at some of the most popular Rummy Card Games.

13 cards rummy, aka Indian rummy, has similarities to 500 rum & gin rummy. It is a draw and discard-based game, where each player picks a card from the open pile or the closed deck on their turn and discards a card to the open pile. The objective of the players is to meld the dealt cards into value sequences or sets. A player with three cards in sequence—for instance, 5,6,7—would have a value sequence or run. Three 7s of different suits would make a set. The winner is the player who forms two valid runs or sets before any of the other players.

Points rummy is a variation of the Indian rummy game. Considered to be one of the fastest forms of rummy, players compete for points using a pre-decided rupee value. The player who makes the first valid declaration wins the game with zero points. The total amount of cash won in this rummy game depends on the opponents’ total points. The complete set of rules for points rummy can be found on RozRummy.

Pool rummy, is also available to players in the online rummy game arena. Its format may seem like the opposite of point rummy. With no fixed number of deals, it tends to be one of the longest forms of the game. Players are eliminated when they complete 101 or 201 points (depending on drop point values). Hence, they must maintain the least number of points to land a win.

A special rummy format, gun shot rummy, is played for only one deal with no middle drop or time banks. With the timer set for 20 seconds, it is the shortest form of rummy. The game can be played between 2-6 players. Since there are no time banks, decisions need to be taken rapidly. The timer for the open card is 30 seconds, and the prize pool is displayed only after the first turn of the game. One winner gets to take the entire prize pool home.

RozRummy is a free rummy portal offering pool, gun shot, deals, points, and Indian rummy on their platform. It is one of the few platforms providing gunshot rummy. The multi-table tournaments on RozRummy can accommodate millions of players. Additionally, RozRummy provides a variety of bonuses.

We highly recommend this card game for endless entertainment and fun. To play online rummy, you can simply one-touch and log into the rummy app on your mobile. Download RozRummy App and play today!