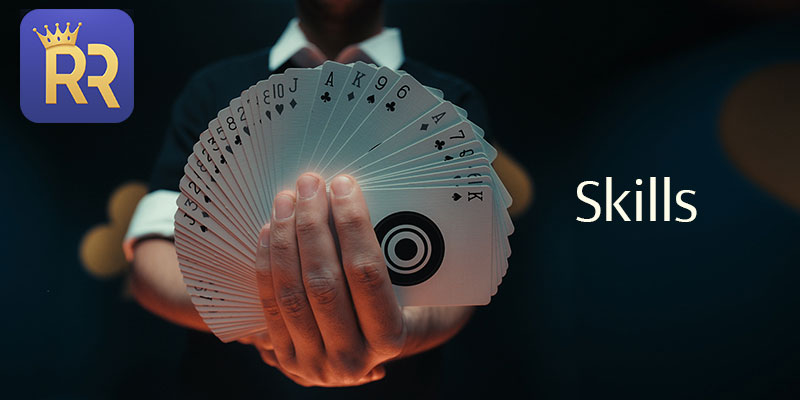 Rummy is one of the most popular online games in India and the third most popular game globally. The popularity of online rumm has even spread to rural areas. While Indian rummy players use certain tricks and techniques, a person needs a certain basic skill set to ace this game.

In rummy card games, patience is the key element in anticipating and preparing for the right moves. Knowing when to play your hand and not rush your movements is the key to winning. This can get tricky in an online rummy game, as players have a time limit while executing their actions. However, to succeed, they need to practice patience, which would help them to decide their movements carefully. Practice using free rummy games online to deal with high-pressure situations.

In rummy, players need to deal with the combination of multiple cards and their odds. They need to mentally calculate the various possible combinations with the cards dealt. Those who play rummy also need to consider the probability of particular cards in their opponents’ hands or in the closed deck. Players need to accurately calculate their gains and losses with each move and accordingly make decisions.

While playing rummy online, it is quite possible that one could lose focus on the spur of the moment. Additionally, having an excellent hand may make someone get carried away with the result, and they may not pay attention to their opponents’ hands. Observation skills play an important role in the desired outcome of a game. Players must maintain focus at all stages of a game. Keeping an eye on an opponent’s moves could help you identify his/her weaknesses.

As mentioned earlier, players have limited time while making moves, especially those who play rummy online. Players need to have the ability to analyze and anticipate their opponents’ next moves. Conversely, once they await their opponent’s move, they need to plan their strategies while simultaneously keeping an eye on their rival’s hand. The Indian rummy game is one of high intensity, and players need to think ahead at every stage of the game to succeed.

Winning and losing are part of playing rummy, no matter how good a person is at playing the game. A big error could upset the momentum and end up costing a player the game. But instead of feeling angry or mourning about the situation, players should learn from their mistakes and be thankful for them, as they can play better in the future. Players should possess a healthy emotional response to the results, whether it is a win or a loss.

Here are some of the common steps used by skilled rummy game players:

Those who wish to practice these skills can play online rummy for free on RozRummy, India’s largest platform for 13 cards rummy. Once you have acquired enough practice, you can compete on RozRummy’s paid rummy games, which offer a variety of leaderboards. Beginners can compete in beginner tournaments, which offer remarkable rewards. You can Download Rummy App on RozRummy.